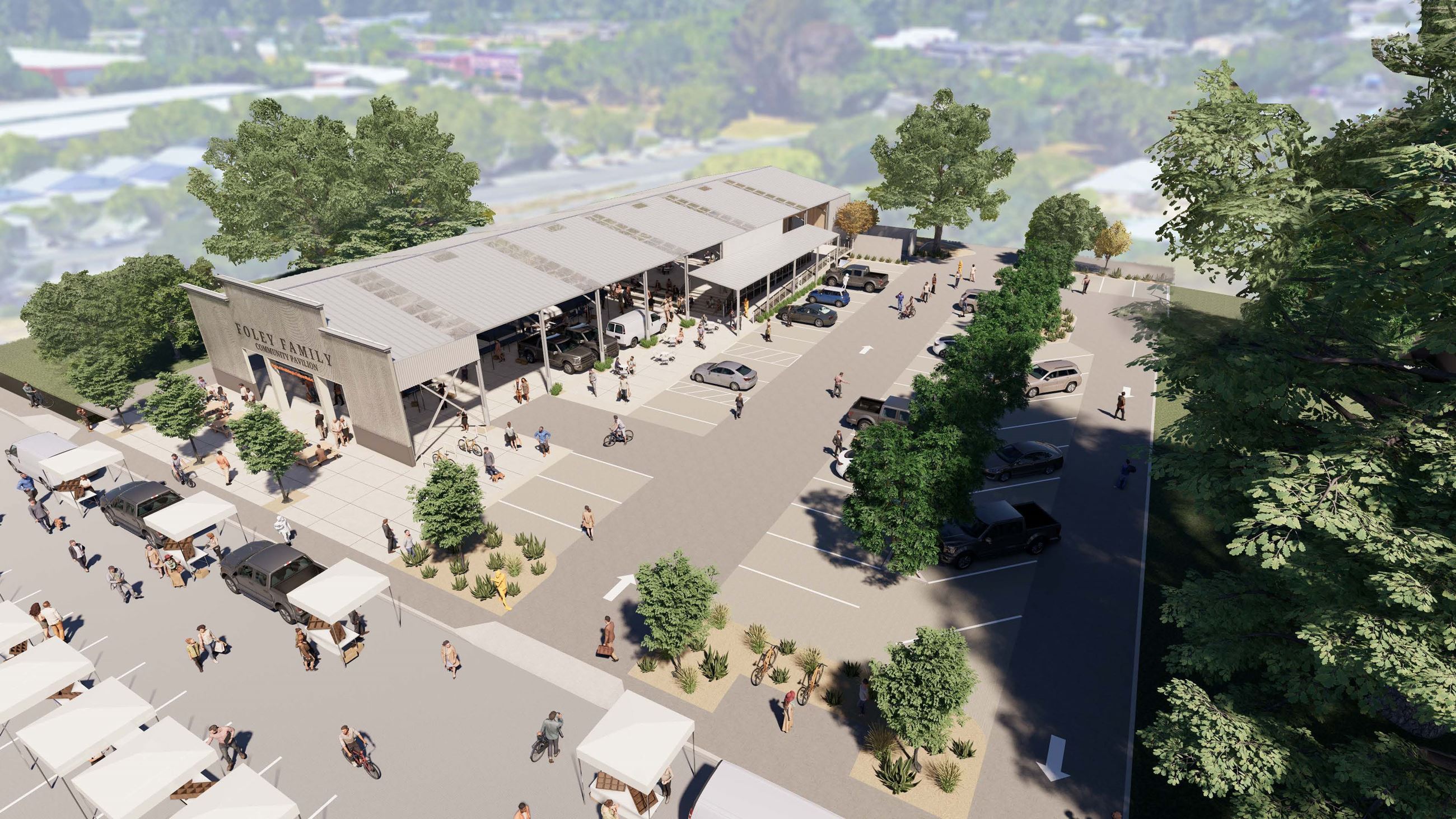 The City purchased the 3 North Street site in the 2000's with the intent to redevelop the property. The economic downturn and subsequent dissolution of Redevelopment Agencies by the State of California stalled work on the project. (Read more about the history of the site here.)

In 2015, City Council authorized $1.57 million in funding to begin the adaptive reuse/redevelopment of the property as part of the City's Capital Improvement Program. The goal of the project is to serve as a permanent home for the Healdsburg Farmers' Market and a community events facility.

In the summer of 2015, the City retained the services of TLCD Architects of Santa Rosa with local representation from Alan Cohen Architect to lead the design process. As part of the design process the City completed environmental testing of the site with the firm EBA Engineering out of Santa Rosa in the fall and early winter of 2015-2016. Finally, in late 2016 the City added Andrea Cochran Landscape Architects out of San Francisco to the design team to assist with site design.

The first step in moving this project forward was developing concepts based on City Council's direction in 2015. This process involved a number of different design approaches and significant public input. The concept design process was completed in August of 2016 when City Council provided direction and moved the project into the schematic design stage.

Project Funding
The 2017 estimated cost for the project was $5.3 million. City Council had previously allocated $1.57 million for design and initial funding for the project. As part of the FY18-20 budget process, City Council reallocated the remaining funding (approximately $1.3 million) to Badger Park and River Access improvements. Staff worked with representatives of the Parks and Recreation Commission and the community on potential funding options.

On January 13, 2020, the City received a pledge from the Foley Family Foundation to fund the project in an amount of up to $7,000,000. City Council is currently considering this pledge along with alternative options for constructing affordable housing on the site. Read more about the pledge here.

On March 2, 2020 City Council unanimously approved moving forward with the Foley Family Pledge to create the proposed Community Pavilion-Farmers Market design. As part of their action they requested that the design team study the feasibility of extending the roof covering for greater year-round use.

On Monday, April 19, 2021, City Council approved a Memo of Understanding between the City and the Foley Family Charitable Foundation assigning naming rights, finalizing the design, securing City approvals, preparation of construction documents, and issuance of the building permit for construction. You can download the agenda and meeting information here:  https://healdsburgca.iqm2.com/Citizens/detail_meeting.aspx?ID=2017.


On August 16, 2021, City Council approved the final design for the project.

Design/Environmental Review: The project is currently in the design review and environmental review (CEQA) process.

Construction Drawings: The design team is working on preliminary plans and specifications for the project.

Bidding and Construction: The final phase would be bidding and constructing, with anticipated completion of construction in late summer or early fall 2024.