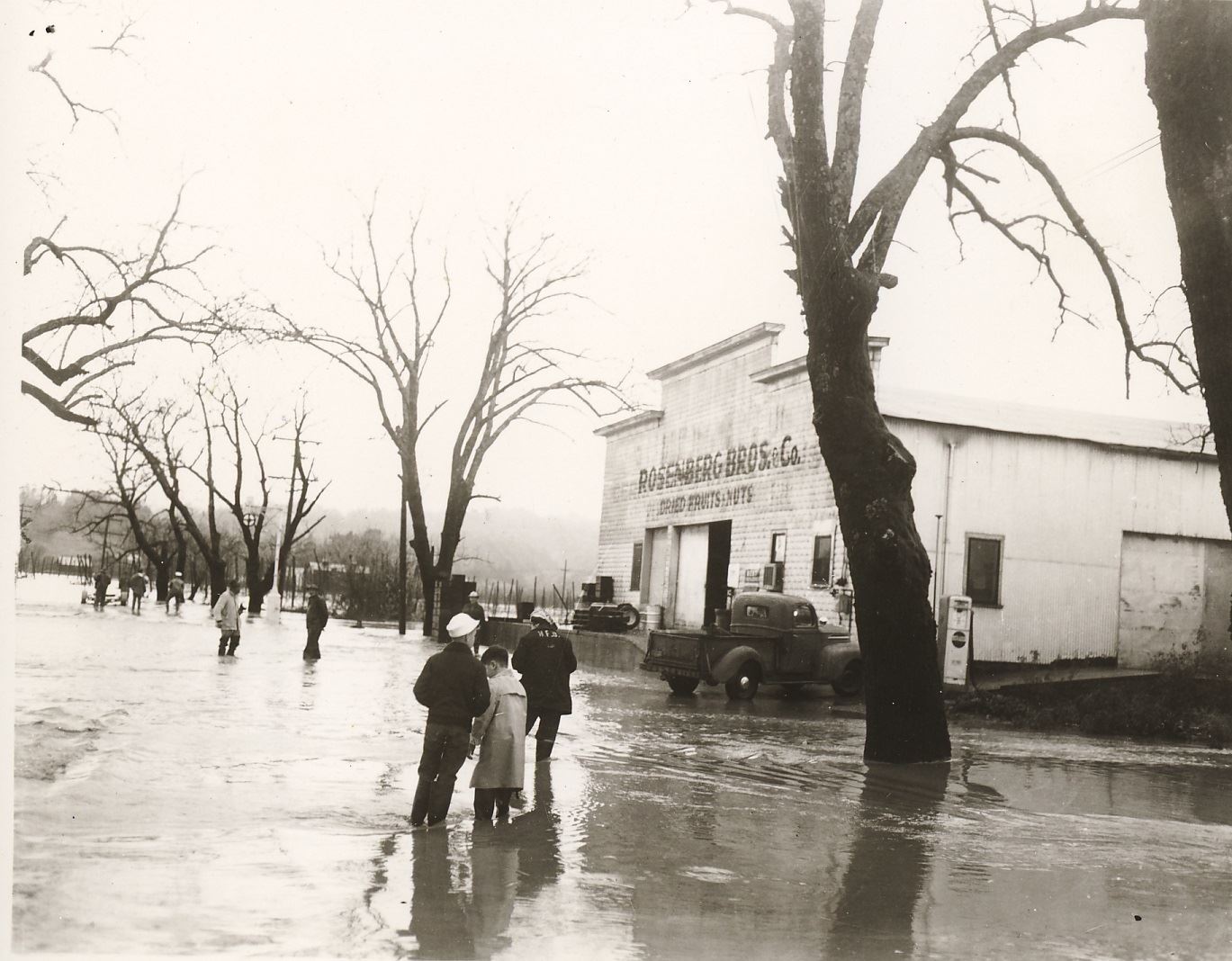 
Initial development of the property appears to have occurred prior to 1920 when at least one residence existed on the western side of the project site in the current location of the warehouse structure. In the early 1920’s, the Cerri family (pronounced "cherry" like the fruit) reportedly purchased the property and moved the residence to a different location. The existing warehouse was then reportedly constructed for use as a grape distribution facility.

In the early 1930’s, the Cerri family reportedly went bankrupt and the existing building was purchased for use in fruit packing. The building was also reportedly used to distribute sugar during prohibition. Between the 1930 and the mid-1970’s the property appears to have been used exclusively for fruit and nut packing and distribution by companies including the Rosenberg Brothers & Company and Del Monte. Fruit and sugar was likely delivered to and from the warehouse by a railroad spur located adjacent to the project site.

In the mid-1970’s, the Purity Chemical Products Company (Purity) purchased the warehouse structure for use in distribution and storage of agricultural products such as fertilizer, herbicides and pesticides. In addition, pool and spa chemicals were reportedly stored and distributed from the property by Purity. Purity operated at the project site until the mid 2000's when the property was purchased by the City of Healdsburg.

The City initiated a redevelopment design process in the 2000's but the economic downturn in the late 2000's and the dissolution of Redevelopment Agencies by the State of California stalled the project. The City Council restarted discussions about redeveloping the site in 2015 as part of the City's Capital Improvement Program.
Online Bill Pay
Electric, Water & Wastewater
Jobs
Search & Apply
Events & Facilities
Special Events & Parks
Agendas & Minutes
Know the Issues
Planning & Building
Permits & Development
Energy & water
Ways to Save
Government Websites by CivicPlus®
[]