Badger Park is located on the south side of the City, along the Russian River, and is the City’s largest park in its present inventory. The park’s current programming includes: community gardens, children’s play area, a dog park, and a large walking circuit. However, the site’s needs and usage have formalized and increased.

Badger Park is currently divided into two areas; large, open areas and dense wooded area along an unnamed creek and the Russian River with informal paths weaving throughout. The woodland is heavily impacted by invasive species, principally Arundo and English Ivy. In 2019, Badger Park experienced significant flooding, with approximately 85% of the park experiencing inundation.

Badger Park redevelopment master plan envisions building on the things that make Badger Park so popular for our community: an expanded children's play area and community garden, improved walking trails, and a bigger off-leash dog area.  The preliminary master plan formalizes the existing lawn as a more deliberate central space with sloping topography, framed by two promenades that zig zag between the various park areas emulating the flow of river currents. New sports courts are added to support the community's desire for more active programming. Shaded picnic areas are scattered throughout, much like the current design. The woodland canopy is thinned of invasive species to increase visibility of the Russian River from the top of the bank, along the south edge of the improved park.

Download a complete set of the preliminary master plan drawings as a single PDF file for viewing here. 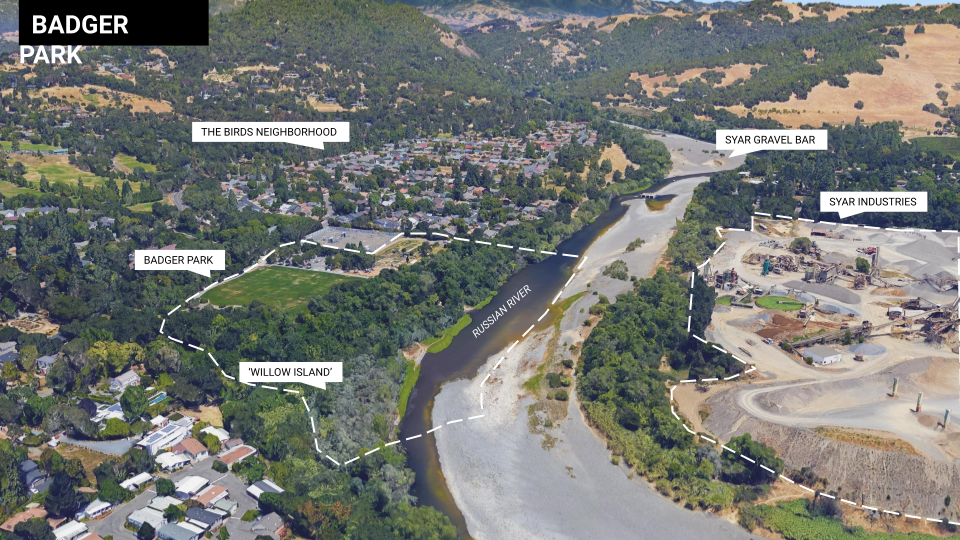 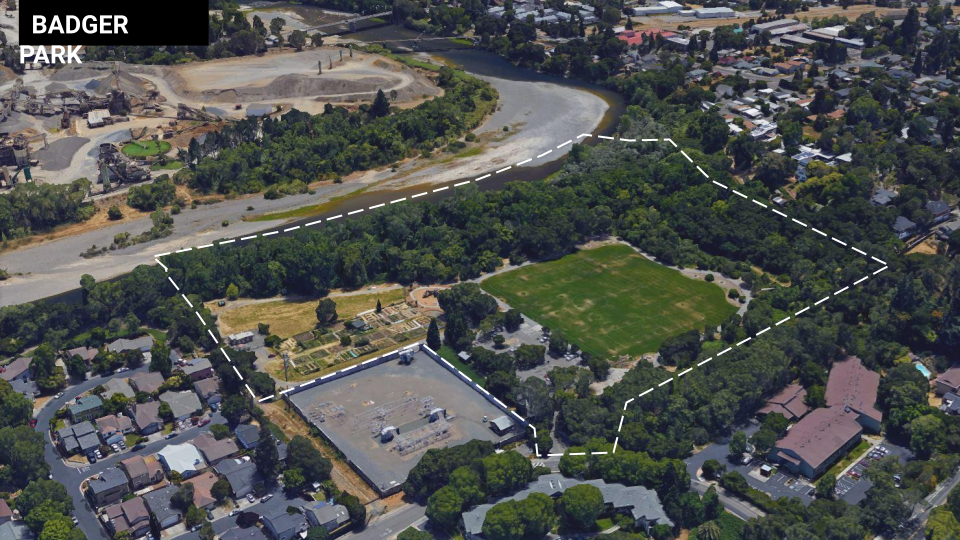 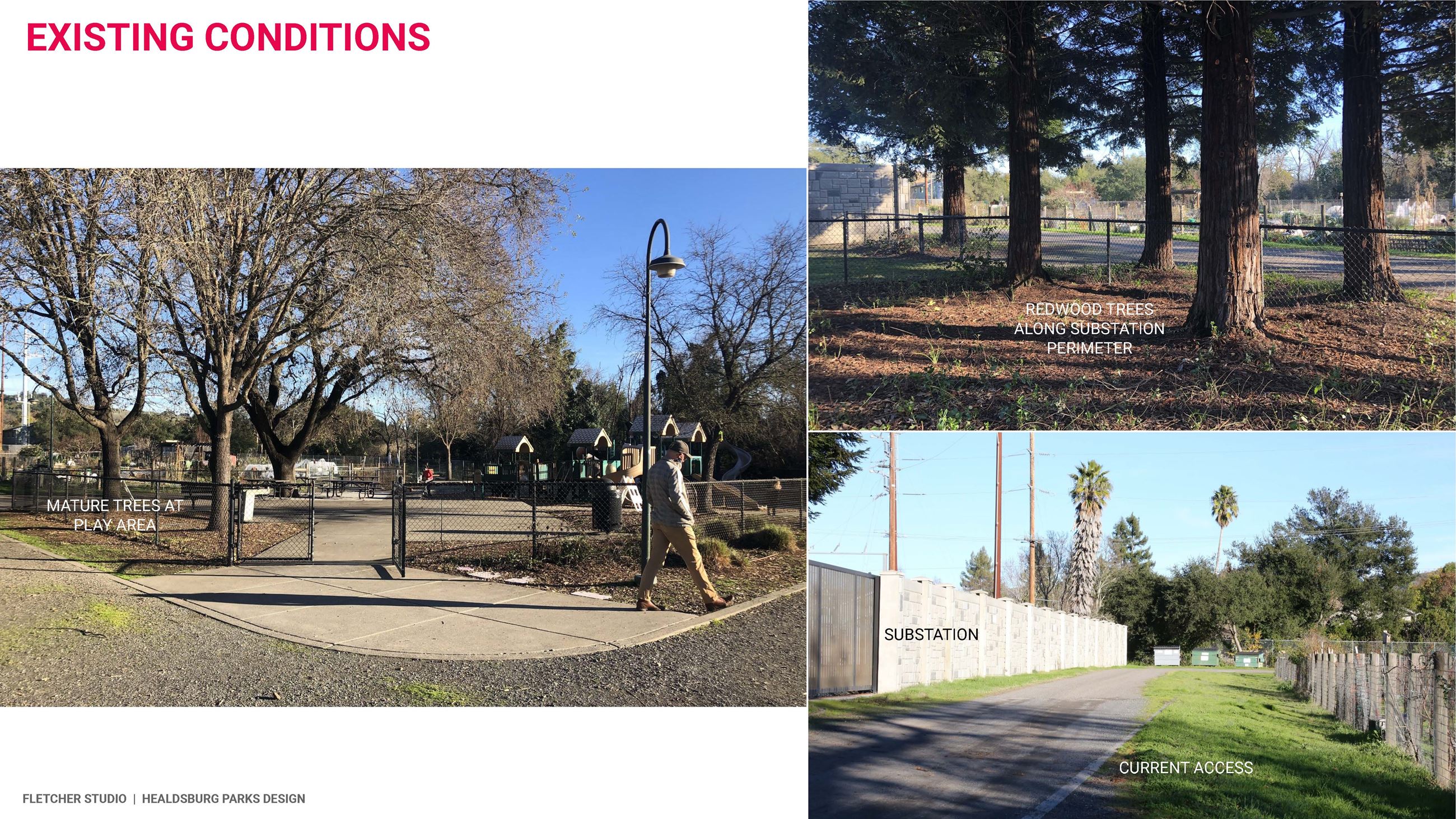 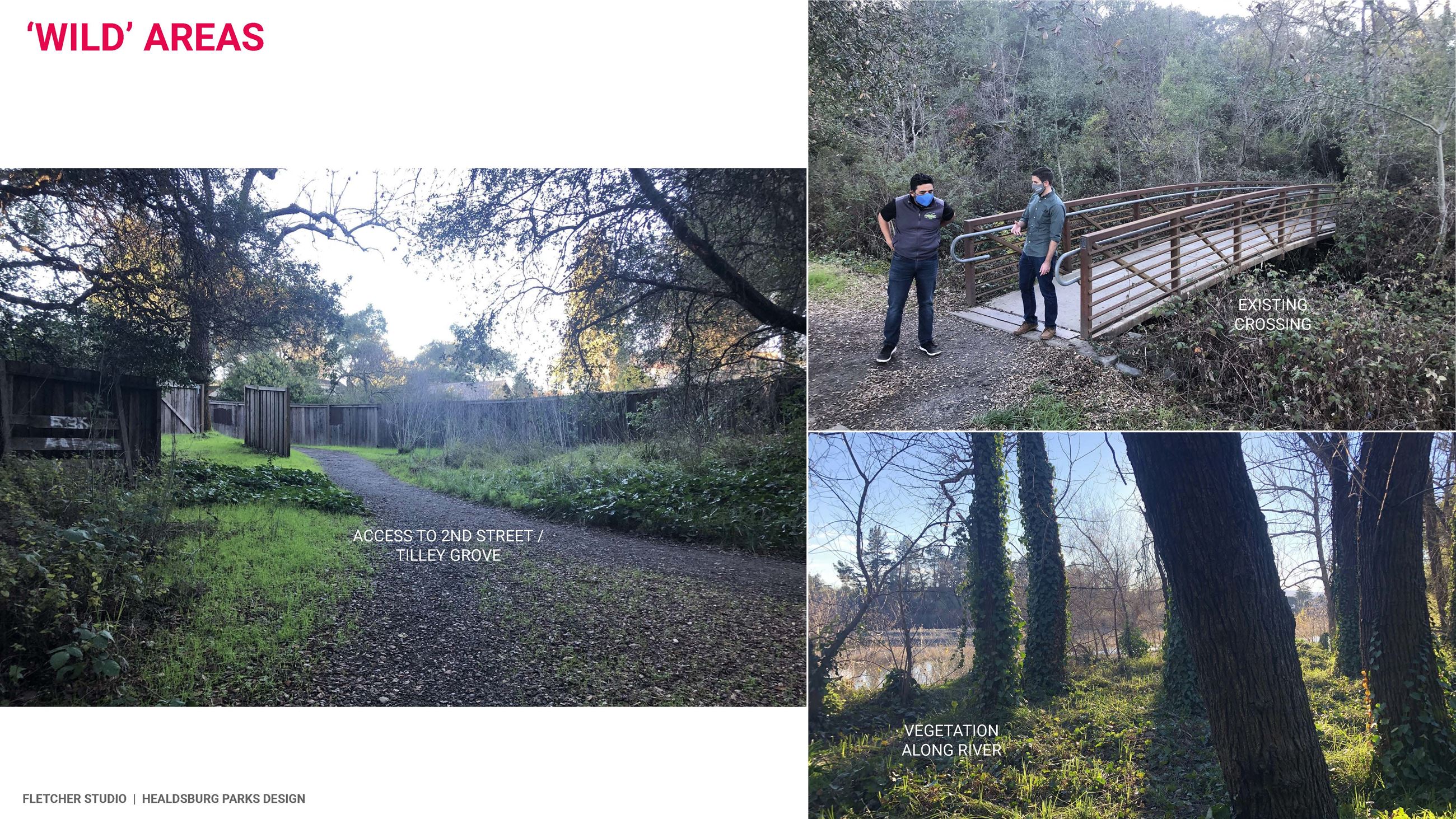 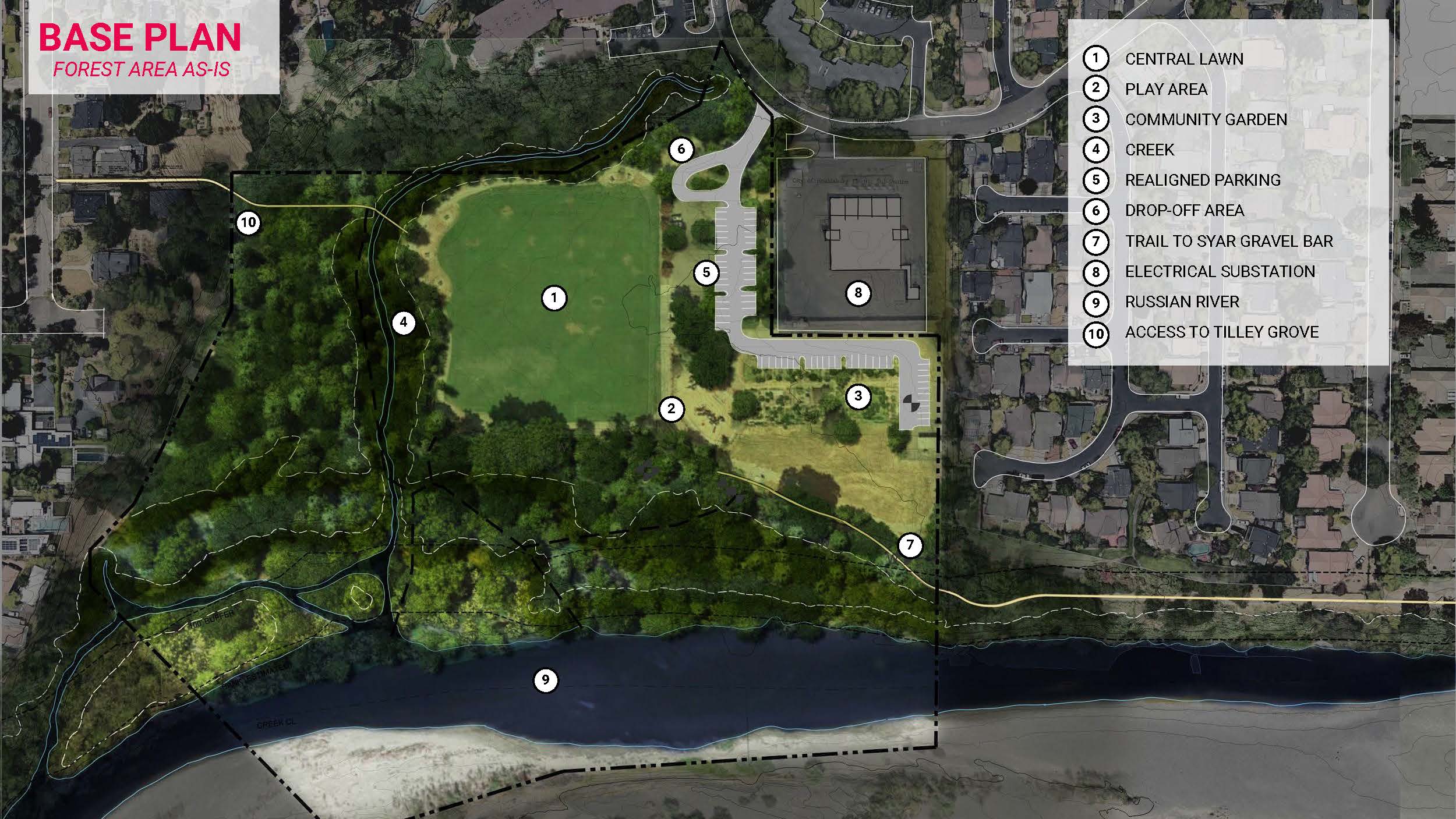 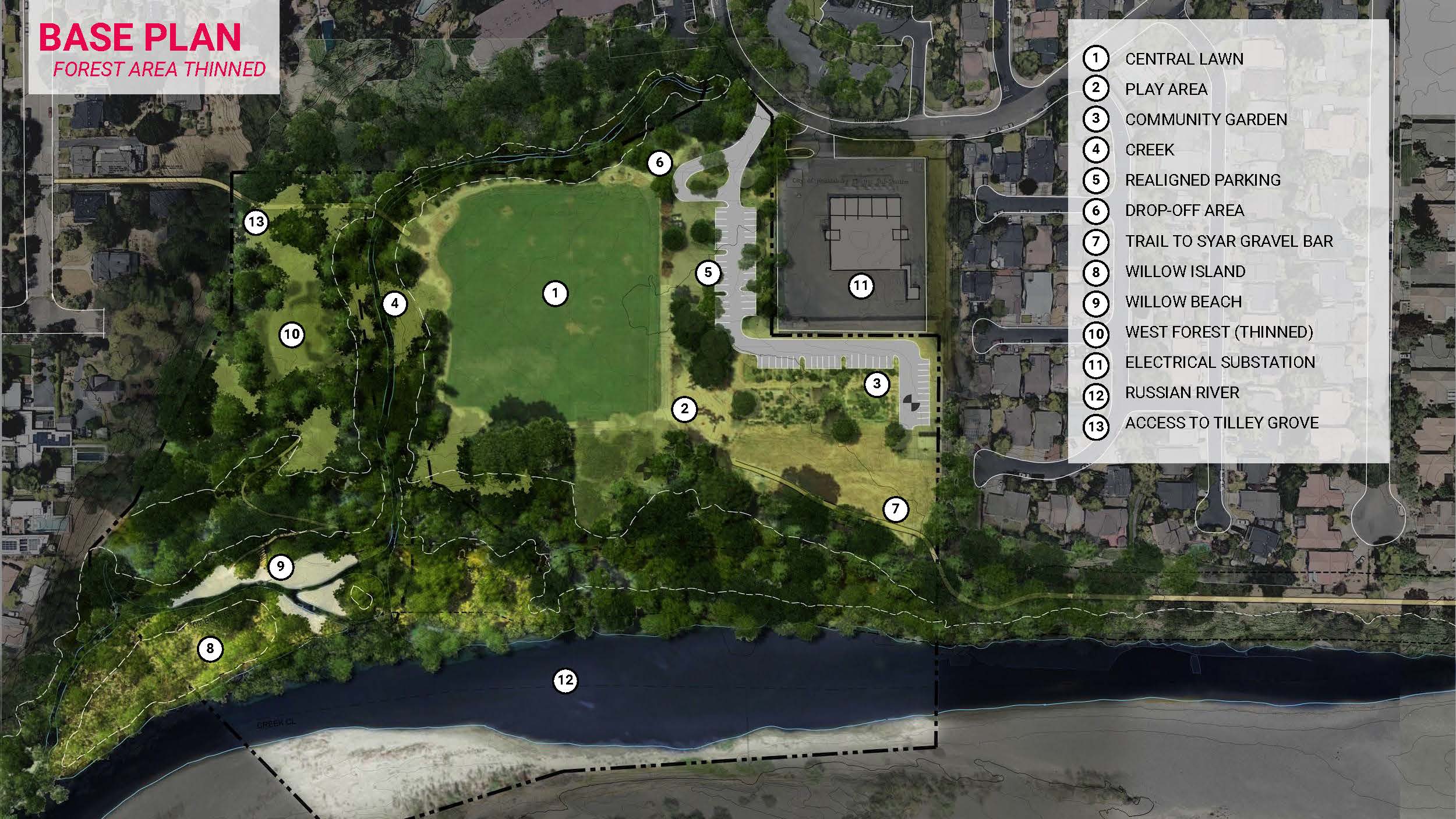 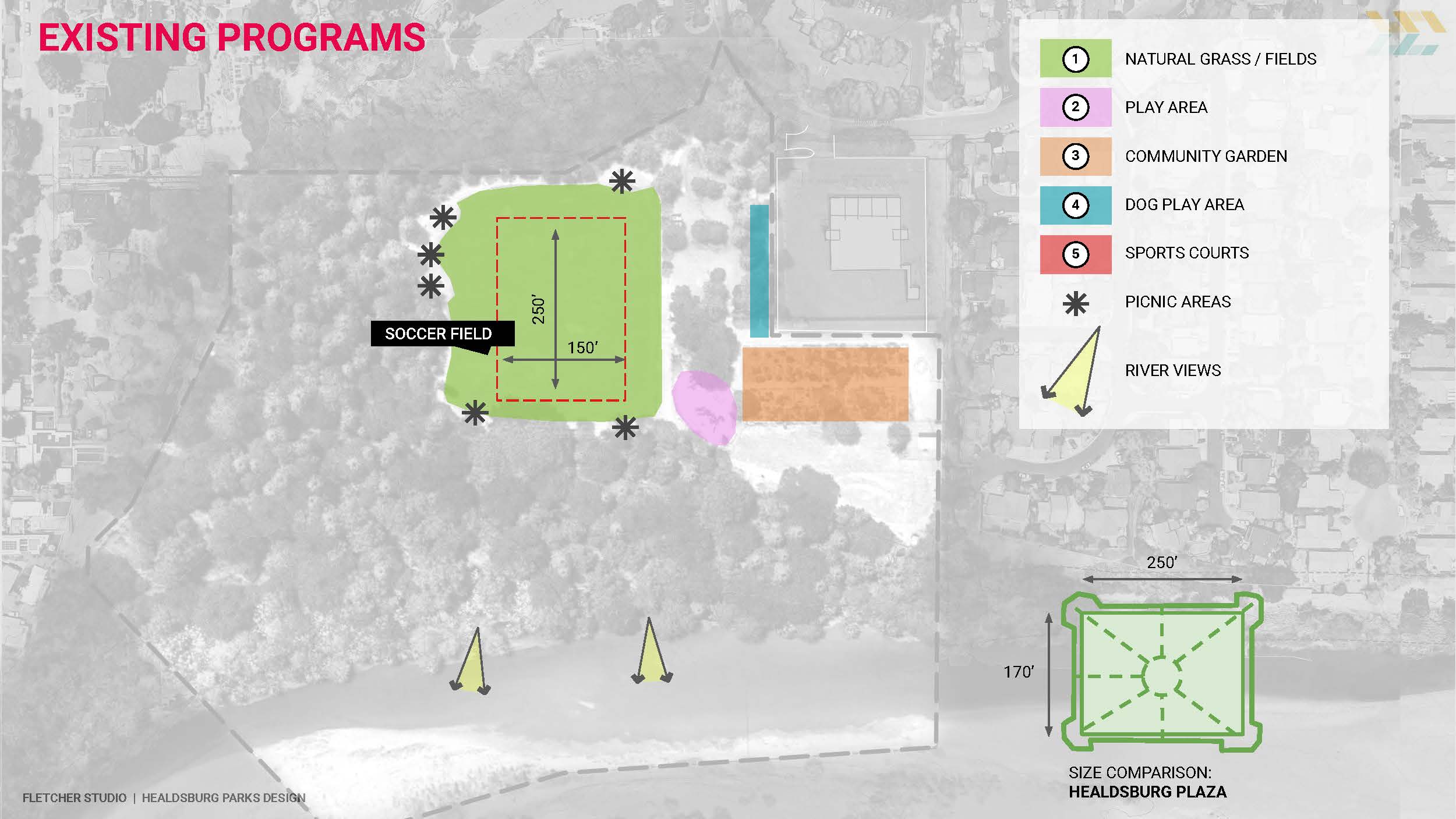 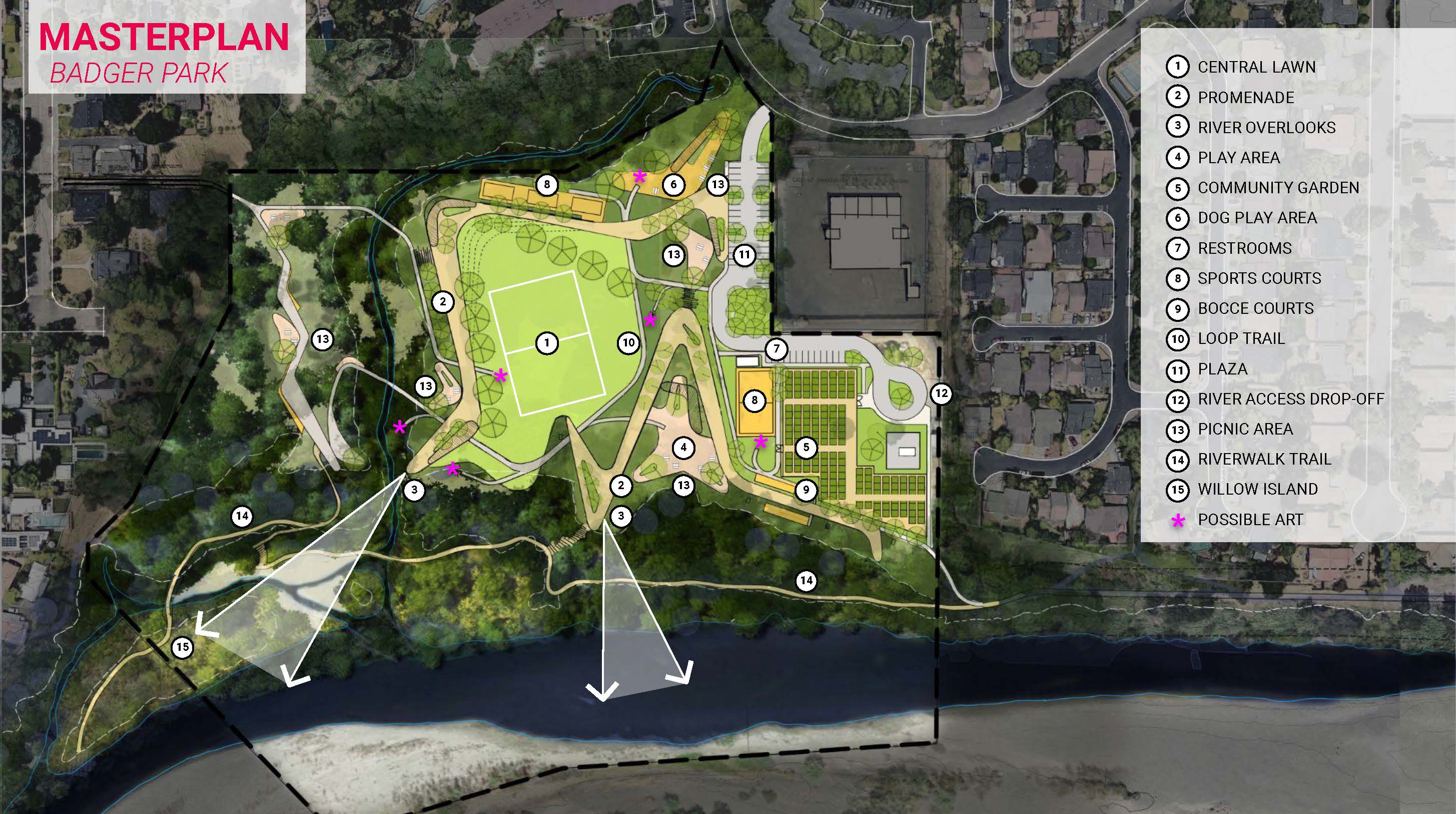 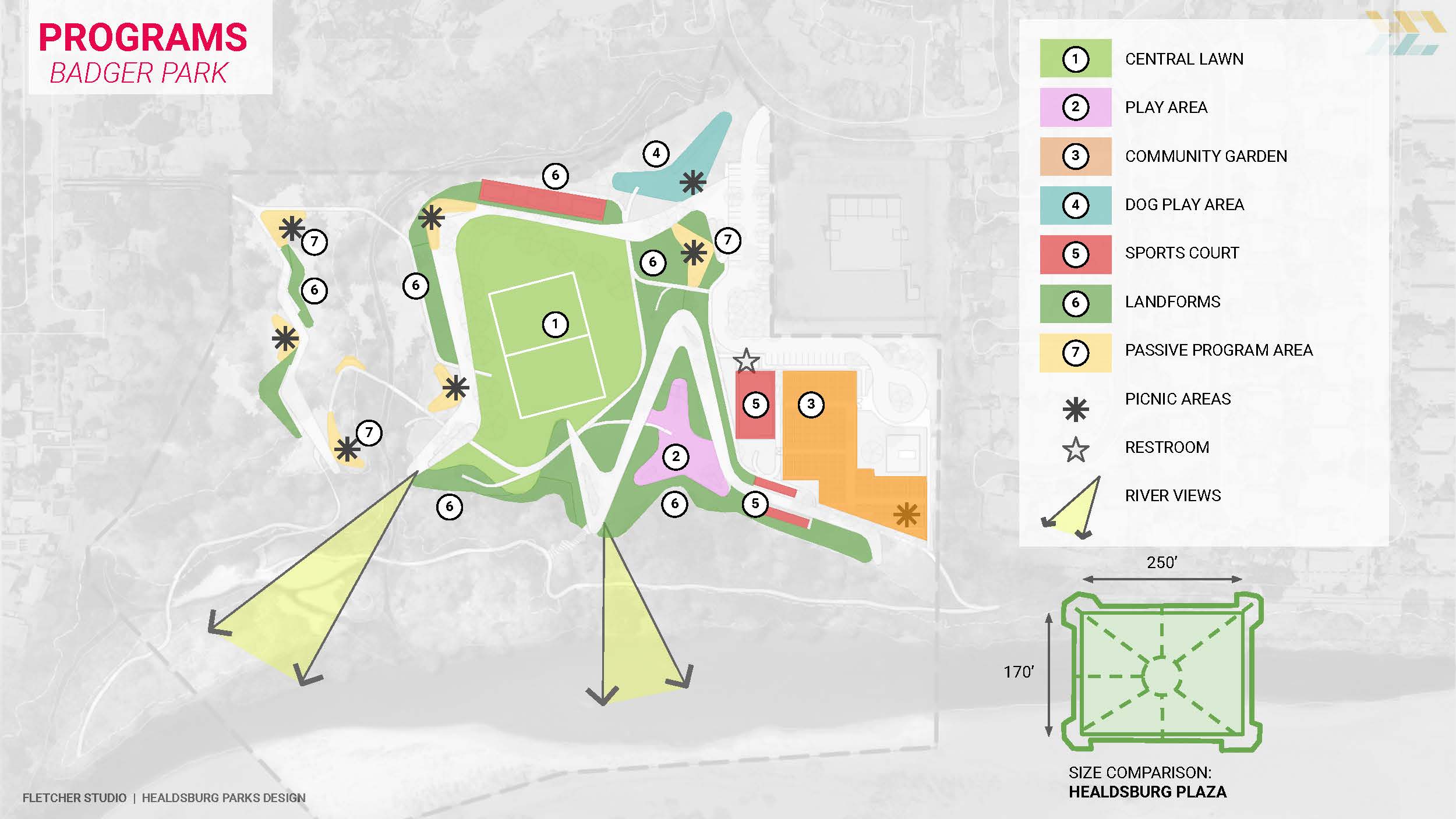 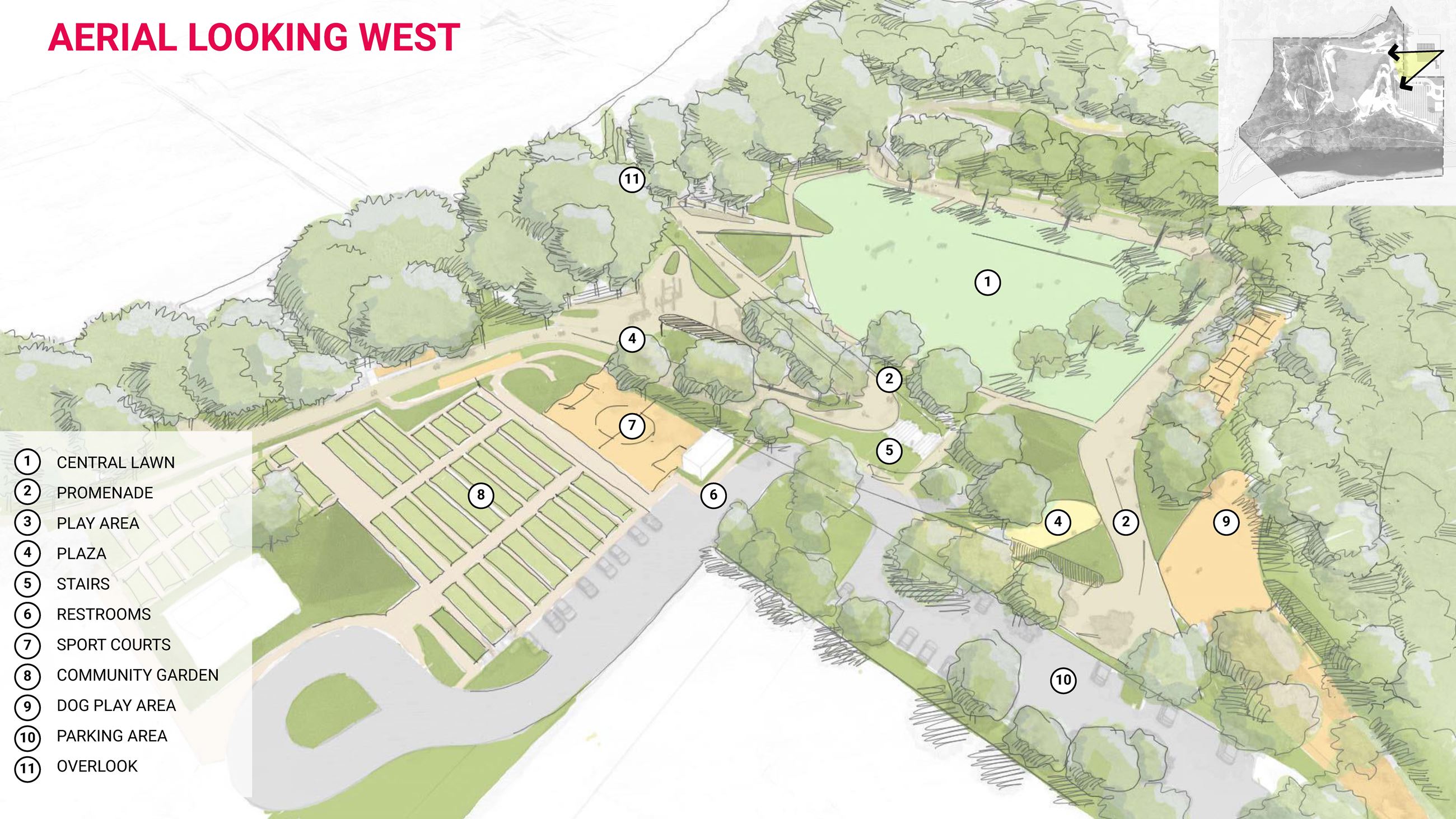 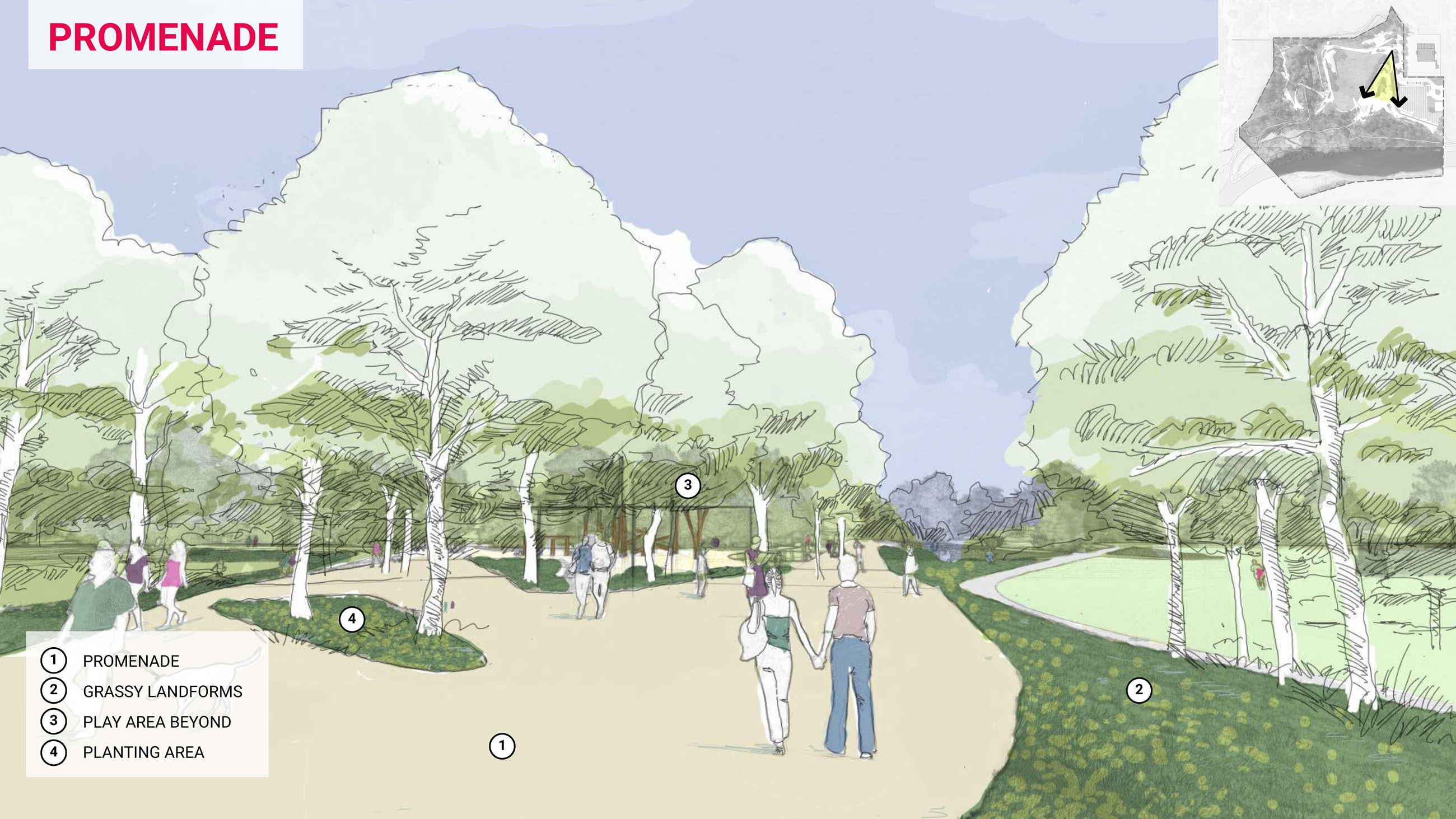 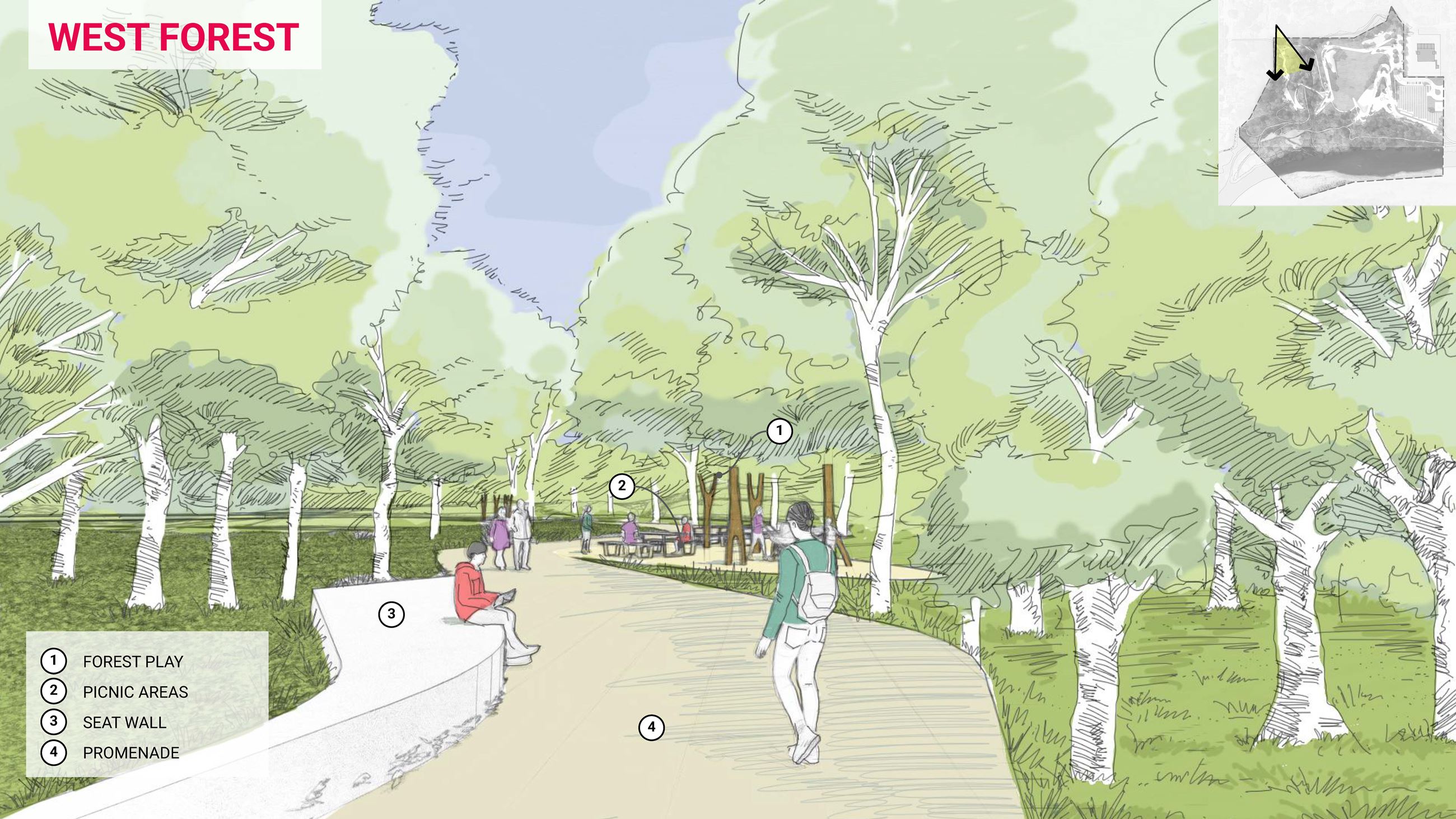